Damned if I'm Going it Alone

Wednesday night was my first cyclocross experience. Let's see, how did it go... I fell at a corner right before the end of the first lap, was lapped by nearly everyone in my heat, and came in second-to-last, beating only a 12-year-old boy. Oh yeah, and after all that I signed up to two more in the series. Sooooo chalkin' this one up as a success!

I think I'm going crazy. No race bug has bit me yet, however - I think it's just a case of loss of integrity to the point of raising hands up and saying 'why the hell not'.  I told a friend after the race that I won't decide how I feel about this trending sport until I fix some mistakes. Here's a brief list of what went wrong on that first go-around:

So the race was a bust. OK, and...? Jump first, think later. How else could I rule out my being the next natural Gabby Day? But all was not lost. To balance the self-deprecation, here's what looks promising moving forward.

I...
The hardest part for me was the mental endurance - maintaining a modicum of competitiveness.  Although this and the next two races in the series are non-competitive, it's still a test of your skill against others'. You're racing for your right to show up to the next race.  You're on the course so you can go home worn out, the pain being the accomplishment.  See, I've only ever competed in team sports: Crew, when your lethargy could forfeit the entire boat's chances at placing; and Ultimate Frisbee, where you experience physical sickness when your team isn't mad at you, they're just "disappointed." So because I don't have to feel that shame when I race as an individual, I tend to go easy on myself. Which almost always amounts to not feeling as beat as I could feel after a race.  So that's something I will need to overcome.

Maybe riding with more women and participating in clinics will take the place of a "team" - it really goes without saying that the whole POINT of sports is interaction with others.  Inclusion in something greater than yourself, something that's based in history and the future at the same time. While it was a huge relief to experience my first race with one another racer new to the sport lined up next to me, we could use a lot more of our kind at that starting line, beginners. If there's a nugget of a thought saying this might be worth your time, then trust that it IS worth your time. It tickles me to read article after article saying how 'crossers have the best senses of humor out of all the cycling sports, because taking yourself too seriously in this sport could cost you more than just a bruised ego. And in my experience thus far I have yet to encounter sneers and jeers (at least within earshot). 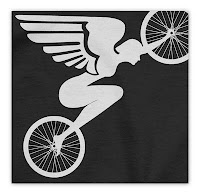 I hope this article of unsolicited advice was inspiring, dear Noob. If it wasn't enough to convince you to shed pride and join me two weeks from now at Fletcher Park, I'll leave you with this quote from Sarai Snyder, founder of Girl Bike Love: "Of course you can do it. If I can do it, you can do it and I’ll be damned if I’m going it alone."
Posted by Unknown at 10:16 AM